As commented before, María deserves the credit for the definition and design of our labels, but somehow the whole family has participated in its concept and development.

All of our brands are shared under the umbrella of the MACROBERT & CANALS brand, We believe every wine must have the name of those responsible for its creation. Although in our case this personalisation has generated strange surnames that are somewhat atypical of Rioja. 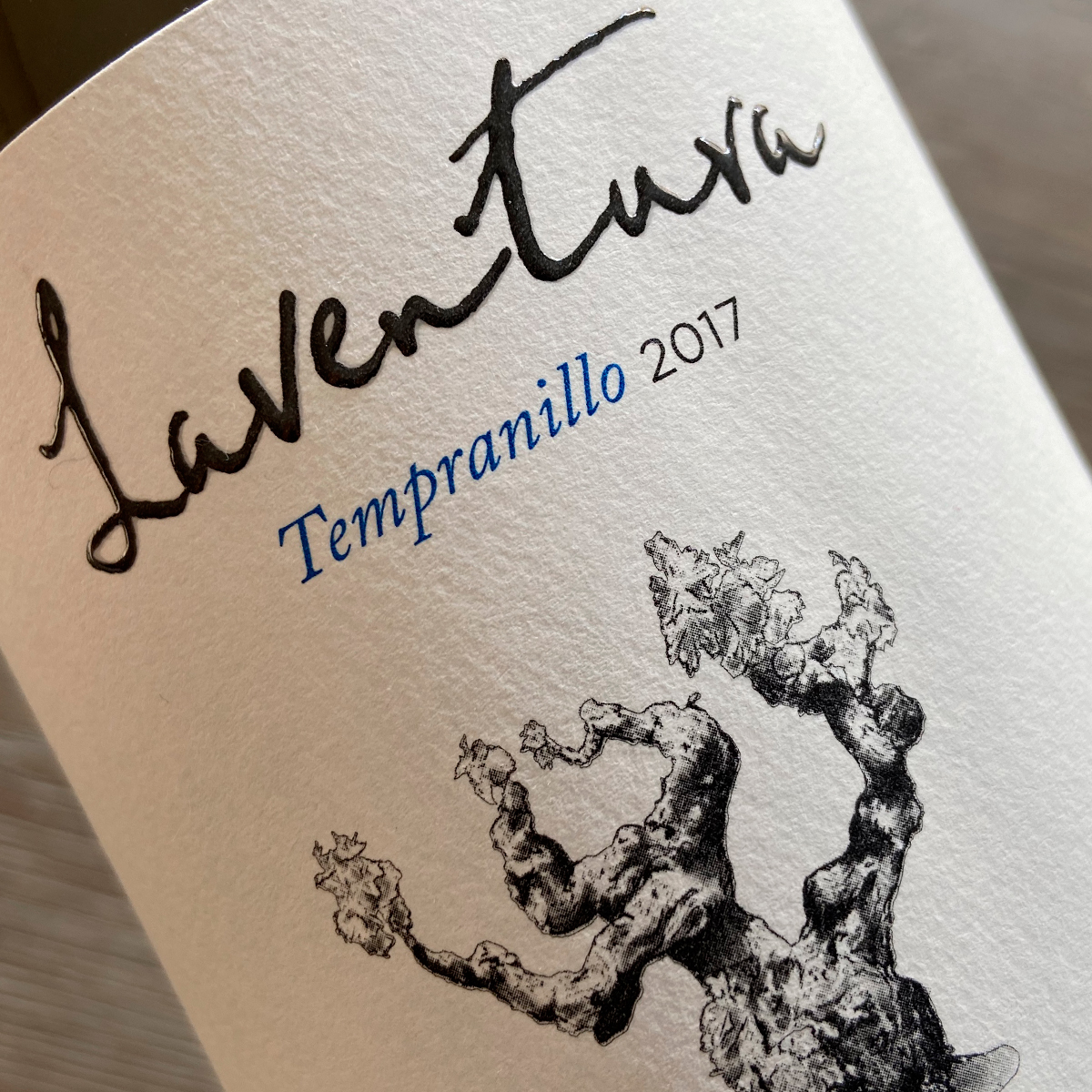 This brand defined the origin of the project. It is a play on words between, in Spanish, aventura (adventure) and ventura (fortune), which were the sensations that we were submerged in, Bryan had recently arrived from the other “cape” in the other hemisphere. The truth is that only some time after he had arrived with the idea to start the cellar, we found the synthesis in the dictionary – El Tesoro de Covarrubias (or Treasure of the Castilian) with the proverb: Quién no se aventura no ha ventura. English translation -“Nothing ventured, nothing gained”- does not give however the idea of what we want to express. A free translation is closer to the meaning: “he who does not venture will never be fortunate”. It is not, or at least not only, a material gain, but a wealth of life, emotions, friends, knowledge… and that is the idea we want to convey to those who dare to join us in our adventure.

The label is simple. One might even think that it is unimaginative in that it resorts to the obvious. A name in relief, whose meaning I have already described, and a vine, an image surely repeated a thousand times; but it is the expression of our determination to put the focus on what really matters. Besides it is a bush-trained vine -transferred to a drawing from a real photograph- as a sign of respect for tradition, for a form of cultivation. It goes without saying that there is nothing to object to wire-trained vines, or modernity in general, if the ultimate aim is quality and not yield.

This brand also has its history. On the one hand, we already had the nave (warehouse) fitted out as a wine cellar and so it honours the place where it is produced. On the other hand, a nave (craft/boat/ship) is the means by which one normally undertakes an “adventure”. It can be a seacraft -much more traditional-, an aircraft or even a spacecraft -much more sidereal. For our journey, which is rather an initiatory one – we dreamt of Ulysses or Odysseus, of Jason and the Argonauts, of travelling to Ithaca… – we chose a craft to match the boldness of our project: a little paper boat. Maria unleashed her graphic creativity with a schematism that we like. Our boat rests on a sea that reflects Bryan’s vocation as a sailor and the horizon of vines on which he is now moving.

This brand was also created to house a more accessible wine that would keep the business afloat. A traditional blend made with grapes from selected vineyards in villages located in the three sub-areas of the Rioja D.O.Ca.: Rioja Alta, Rioja Oriental and Rioja Alavesa. 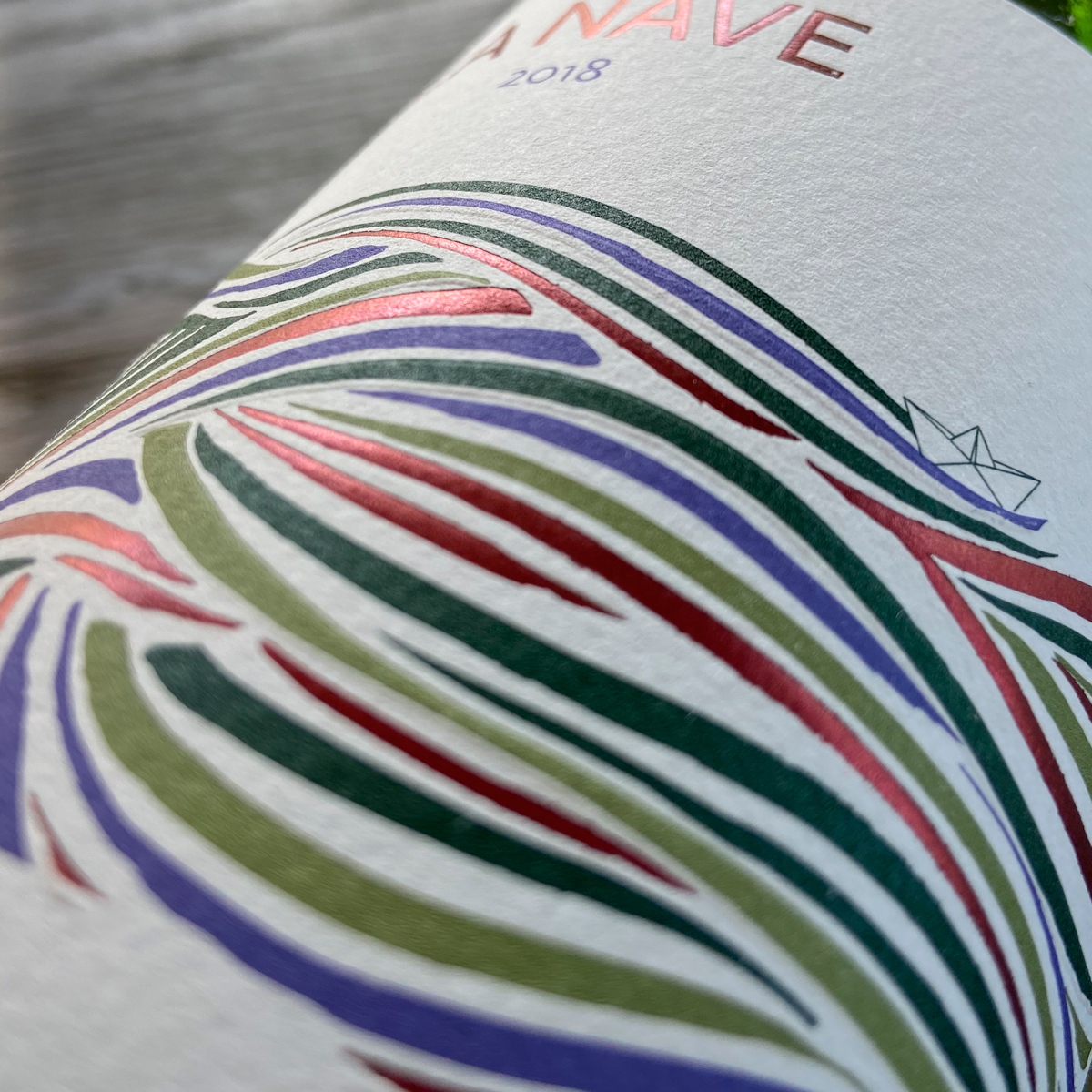 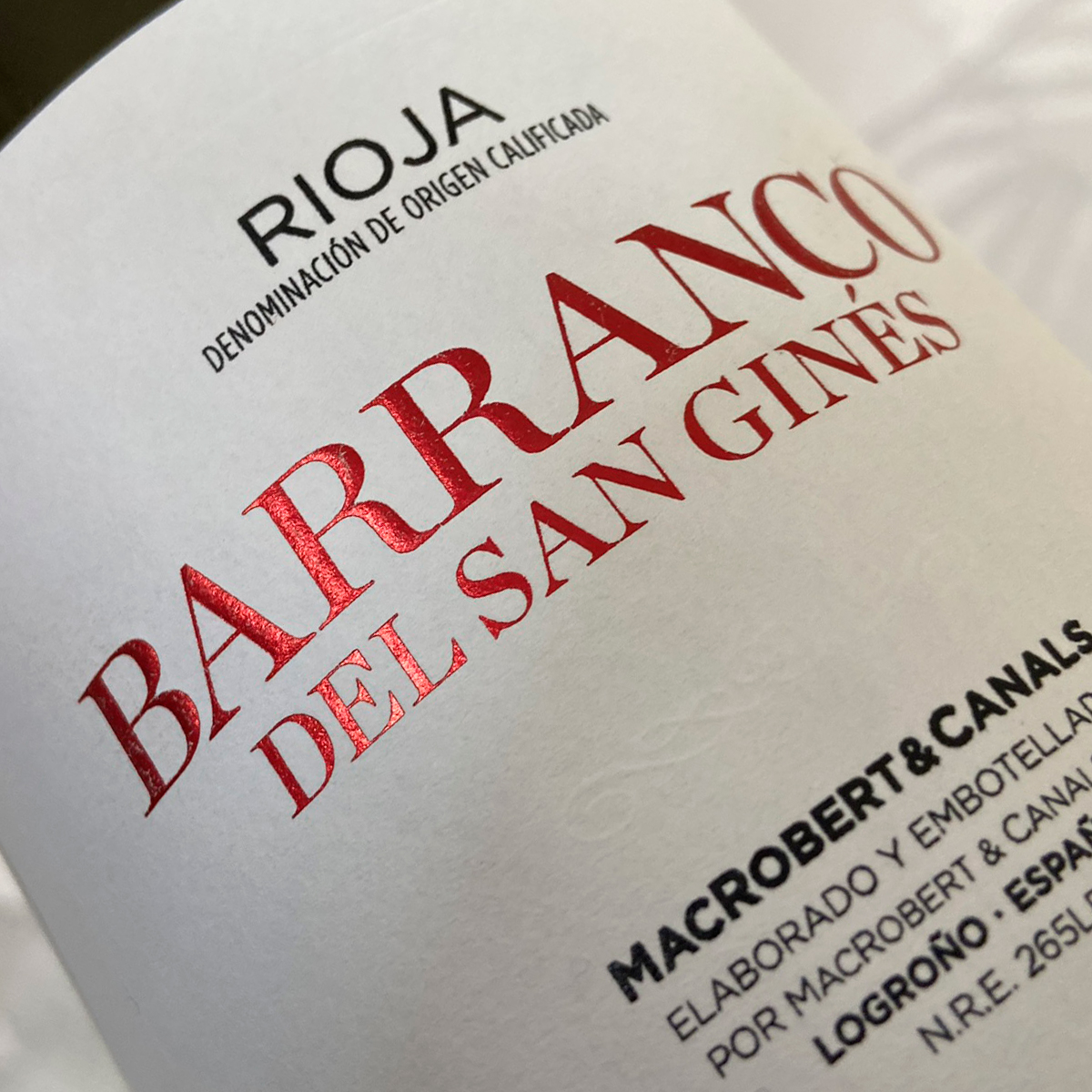 No further explanation is needed for this brand name, as it is a wine that is obtained exclusively from a single vineyard. The label is more formal, as we think it corresponds to the wines that are called upon to make history.

In future, or more precisely in the making (because here everything moves more slowly than we would like) we have two or three more brands that we hope to announce in the near future.

This is our purpose: diversity, not only as a sign of respect for a tradition that sought its “fine wines” in the refinement of grapes from very different origins (see LA NAVE), but also in the desire to offer all the wine wealth that this land allows, both in terms of the expression of its varieties, the varietal wines (see LAVENTURA: Tempranillo, Garnacha, Viura and Malvasia), as well as the most special, hidden and authentic wines from its vineyards (see BARRANCO DEL SAN GINÉS).  In the future there will be those wines that our capabilities and possibilities will allow – and, above all, there will be our patrons responsible for the prosperity of MACROBERT & CANALS.