Thus we return to Spain, now to “The land of Rioja”. One might think that this is a place and a winery the proximity and admiration of which would make us suspect of subjectivity, were it not for the fact that objectivity is guaranteed by the unanimous universal recognition.

Listening to María José López de Heredia in her long interview -there is more conversation in this chapter of the book than in any other, undoubtedly due to the magnetism that emanates from her person and the way of expressing herself-, it occurs to me that to explain Viña Tondonia would be to explain the life of a family, (including ‘their pets’), over four generations, who in a specific environment (the winery and vineyards), work together to achieve an immutable and universal goal (the personality and quality of their wines). 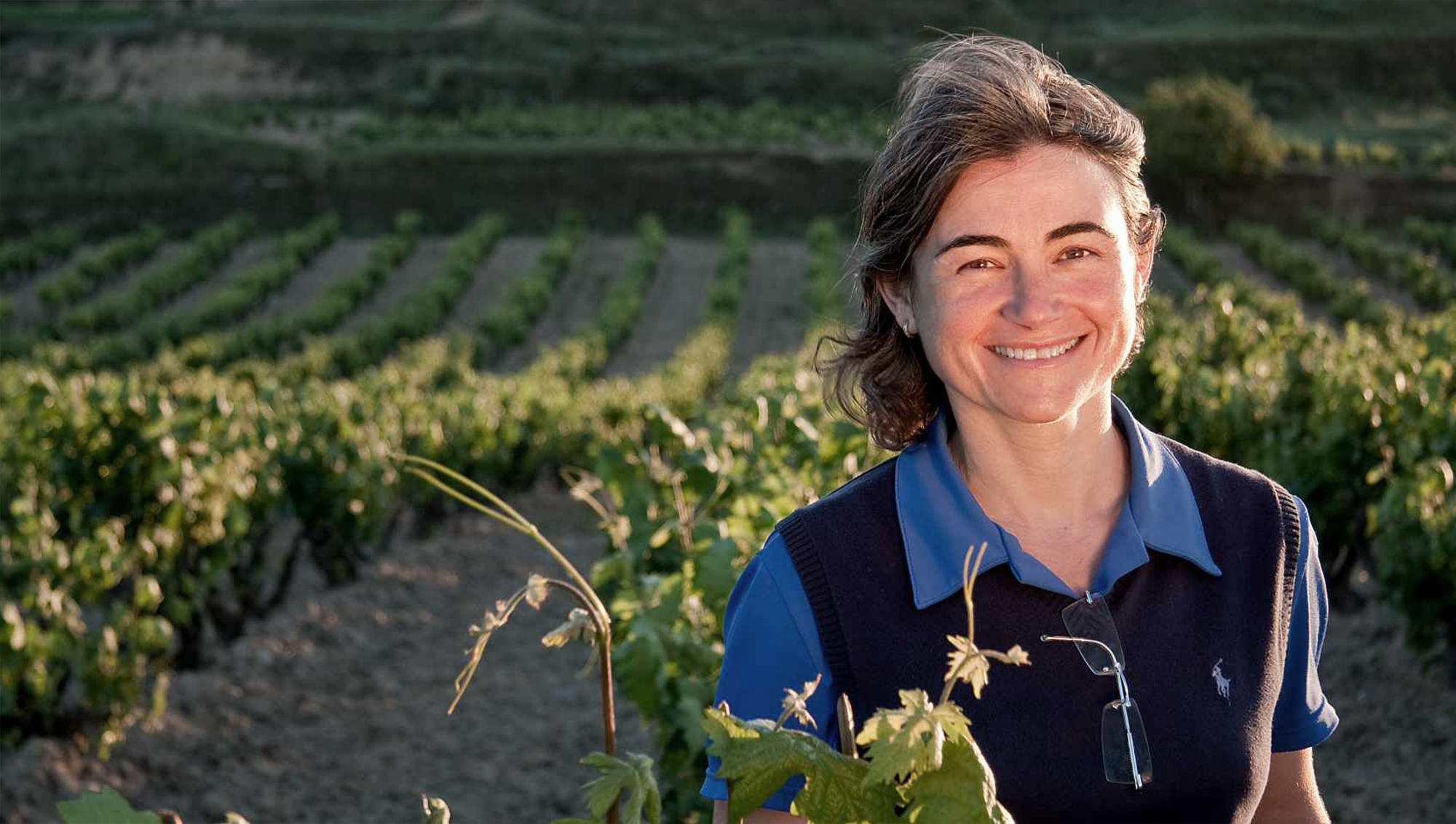 It is this aim that unifies all the lives into a coherent story. In fact, I do not think María José would agree very much with the subtitle of the chapter “The eternal return”, even if it is fair with each generational change. In her household, nothing has gone and nothing has come back, lives and principles link up endlessly.

“Now they say that the classics are coming back, but I don’t think the classics have ever been away for them to come back”.

The family story begins with the great-grandfather, Rafael López de Heredia, who after various vicissitudes worthy of a novel by Baroja or an episode by Galdós, settles in Haro, where he builds the winery in 1877, in what is now the mythical “Barrio de la Estación”, the Station district.

He started making wine in 1900, although he had to “replant, perhaps because of phylloxera, all the land between 1901 and 1907, so that in 2001 some of the vines were one hundred years old. Others are seventy years old because they were again attacked by phylloxera”.

The basis is thus established: the patriarch is followed by the grandfather, who lived through very difficult war times; then the father, Don Pedro, who has the honour of having made the project universal thanks to an overwhelming personality and firm convictions that led him to remain in the tradition and flee from modern typifications that proved to be ephemeral. Unfortunately, he did not get to know the book, which dedicates a moving In memoriam to him, as he died while still in the galley proofs.

Now the three siblings, Julio César, María José and Mercedes, maintain the same initial “aspiration to make Viña Tondonia a legend”, and they are indeed succeeding.

The family relies on the invaluable and indispensable help of those who are already ‘their pets’. An infinite number of living creatures have entered the winery and its history by different means: on the skins of the grapes or lodged in the rough poplar wood harvesting tubs –comportas, in Rioja- in which they are transported, through doors and windows opened in north-south west-east cross ventilation or by sporulation and spontaneous generation… Fungi, spores, yeasts, microorganisms, moulds, mites, bats… have settled there and collaborated for generations and generations side by side with the human family to give the wine the category of myth.

“The wine depends on the vine, the winery, the facilities in which it is worked, the microflora, the hand that works it, (which is what marks a style…)”.

The environment in which this life in symbiosis develops is therefore the vineyards and the winery that looks out over them. Vineyards with mythical names that coincide with the wines: Tondonia, Bosconia, Gravonia, Cubillo… Two hundred hectares of goblet-trained vines in the meanders of the Ebro, “which girdles and ungirdles”, as we have already said elsewhere, the best wines in the world.

A winery designed from its birth for “bio-mimesis”, that is, the reproduction of living nature in an enclosed space. Natural ventilation and natural selection of very wild microbial flora that is able to ferment at high temperatures…

No need for artificial additives to the process.

This is aided by another material of enormous vitality: wood. But wood does not impose itself. Its personality must be adapted to the common purpose. To ensure its integration into the environment, a cooperage is set up in the winery itself. It is in any case a ‘hotel’ for the life and work of ‘the pets’: “the immense vats of hundred-year-old oak trees are encrusted with fossil life, grapes, grains, pips, tartaric crystals and yeast spores. Few wineries will have the same certainty about the natural onset of fermentation as Viña Tondonia. A great and inviolable microbial activity welcomes the new must to become broth”. Vats filled more than 10,000 times. There is a record of it all. It would be impolite not to mention the person who is giving anthropological meaning to all the documents. All the more so when we are talking of Luis Vicente Elías Pastor.

Nature and time simply go hand in hand to stabilise the wines physically and microbiologically: “micro-oxygenation” is a long process.

“Their wines sleep and, through the staves soaked and blackened by the humid environment, they transpire. When they come on the market, they will not have the reductions that are present in other wines. There in the underground cellars, they spend a minimum of six years in these ten, twenty or twenty five year old barrels. With hardly any racking and natural filtration cycles, they flow into the homogenisation vats, and from there, once in the bottle, they rest peacefully in natural stone niches, knowing how to slowly, peacefully, buy time for life. The mould becomes a shield, embedding itself in each bottle like a particular bodyguard and creating stalactites and stalagmites of tight dust”.

All in the service of the same goal: fine, personal, unique wines:

Bryan tells me that he does not think there is any similar winery in the world. None like this one that, by dint of maintaining its principles, has been able to create this microcosm in which the wines feel so comfortable that they withstand ageing, maintaining their vigour and fullness, inconceivable in any other environment. Obviously, the exquisite care of the vineyard goes without saying. Over a hundred years of doing things in the same way brings with it a unique personality, a personality that is naturally transferred to the wines.

On the trail of vineyards (V): Sara Pérez and Pierre Overnoy

On the trail of vineyards (VII): ELISABETTA FORADORI and John Wurdeman
Scroll to top