June has been on the whole normal, with an average temperature in peninsular Spain of 19.9 ⁰C, a value that is 0.1 ⁰C above the average for this month (reference period: 1981-2010). This was the 22nd warmest June since the beginning of the series in 1961 and the 14th warmest (eighth coldest) of the 21st century.

Once again this month, with respect to the land of Rioja, the further west we look, the greater the increase in temperature compared to the average, but without exceeding the 20% margin of the warmest years. In any case, with large differences between the first half of the month, which was very warm, especially between the 6th and 16th, and the second half, with very low temperatures for the average. 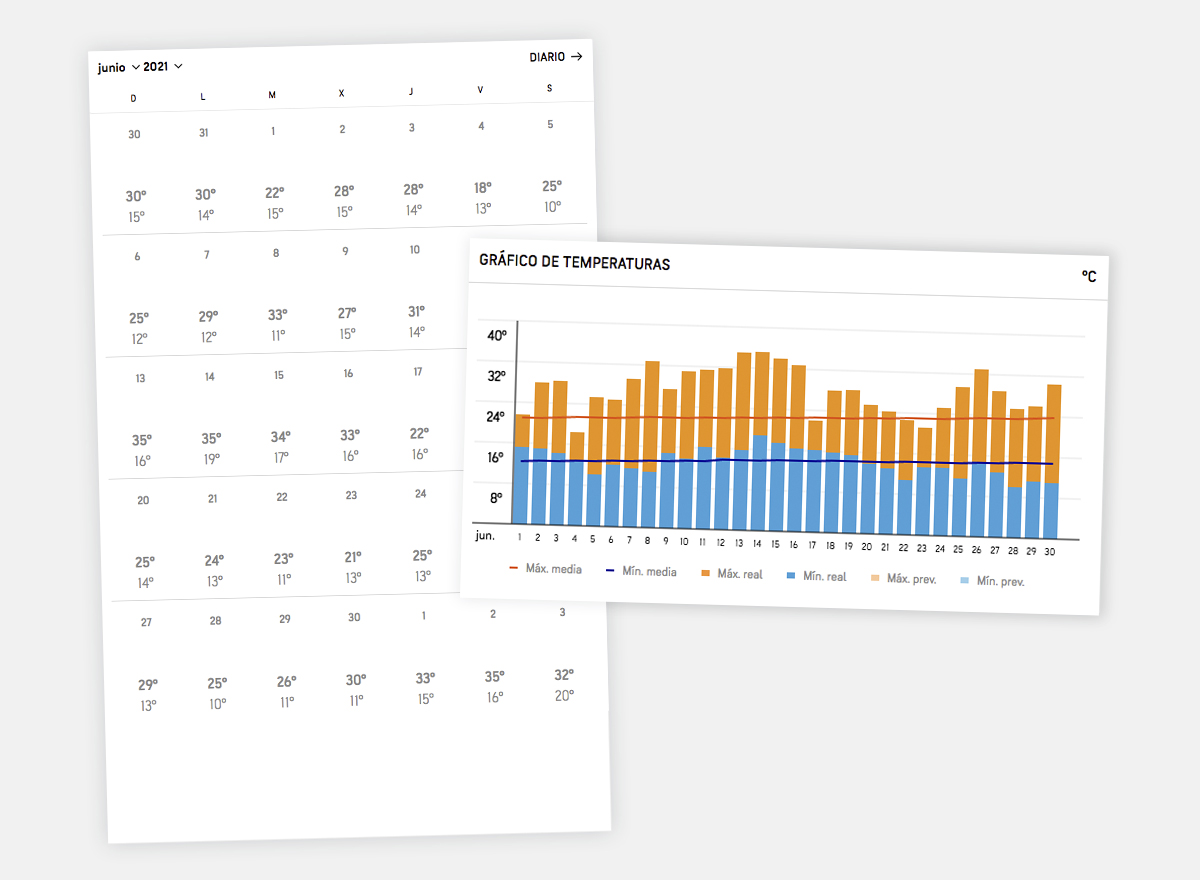 June has been very wet, with an average rainfall value over peninsular Spain of 49.8 mm, representing 147 % of the normal value for the month (reference period: 1981-2010). This was the fourteenth wettest June since the beginning of the series in 1961, and the second wettest in the 21st century.

In the land of Rioja, the greatest increase was recorded in the western area, even reaching 200% of the average, while in the eastern part it remained at around 125%, being lower in the Ebro plain than in the mountainous area. 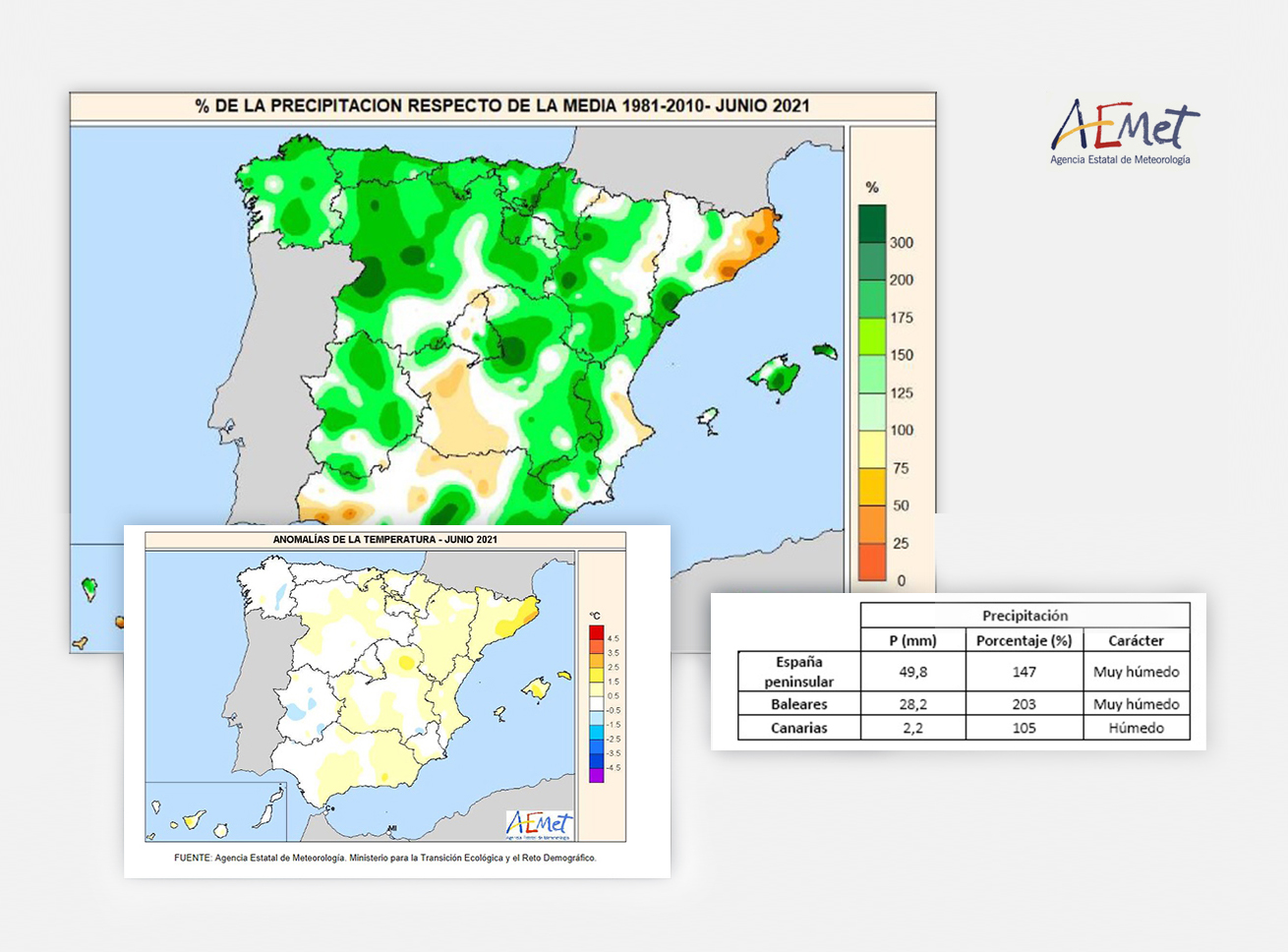 Insolation and other variables

The accumulated insolation throughout the month of June remained around normal values (reference period 1981-2010) in most of Spain.

As for the wind, in June there were few and insignificant situations of strong winds, especially on 12 and 13 June, which affected mountainous areas in the province of Ourense.

Nothing of particular note in the land of Rioja.

In June, our vines are in the seventh to tenth week of their growth phase. After the “espergura” (suckering or disbudding) process that we carried out in May to encourage the best formation of the buds that will eventually become shoots, we now had to take care of the side shoots that form along the vertical shoots; we proceeded to remove, as is normally done, two or three of these side shoots that come out at the base of the vertical shoot, which is called the basal zone, so that the clusters that form in this zone can develop freely, with good ventilation and sunlight. Above this basal zone, the development of the lateral shoots is maintained, with a view to the future formation of leaves. 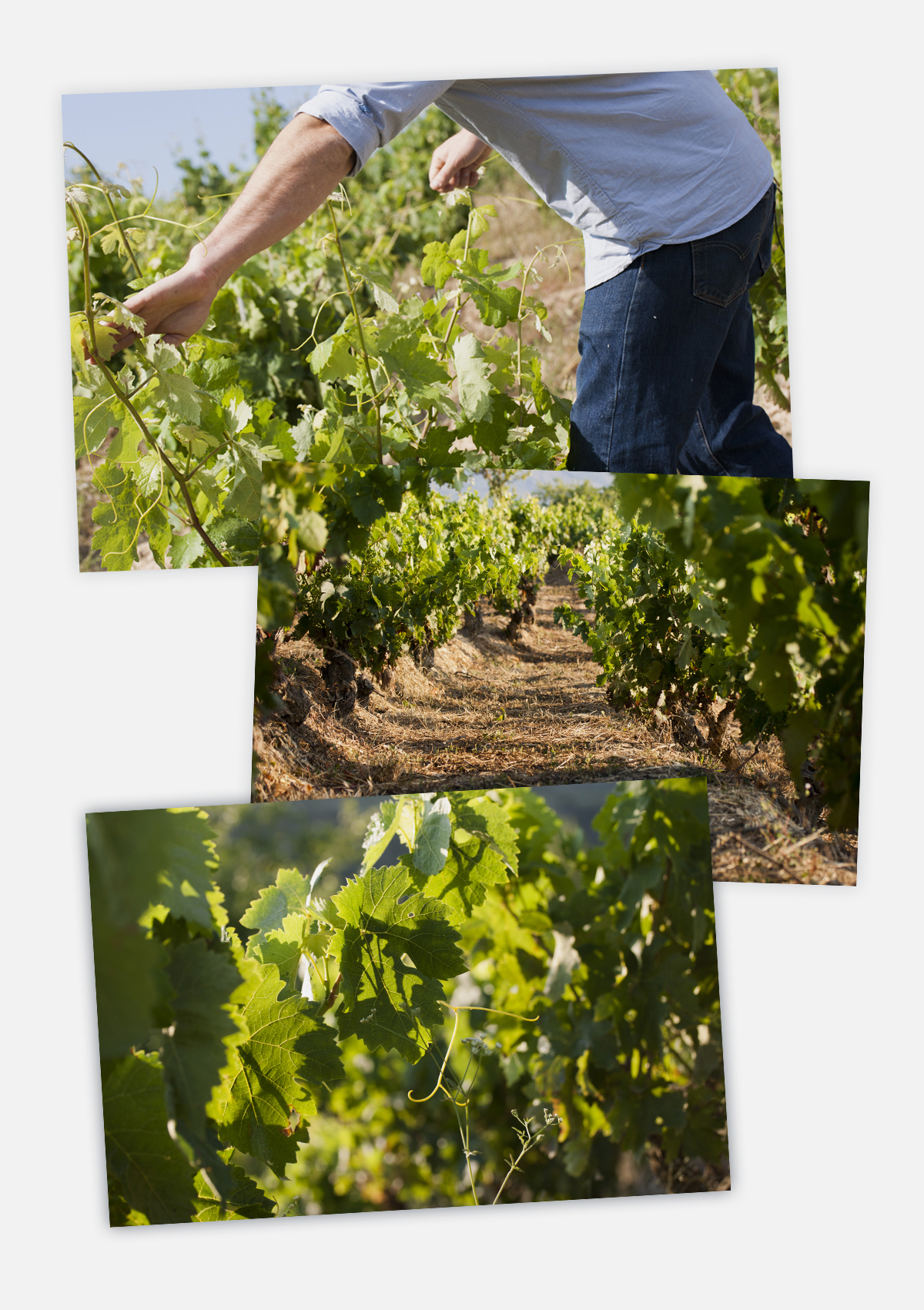 This is because vine leaves have a very short active life span of about forty to sixty days. During this period, they are very active in photosynthesis and metabolization. After this period, their work begins to decline and photosynthetic activity decreases, to the point where it can be said that their usefulness is reduced to providing shade. We therefore rely precisely on those tall lateral shoots of our goblet vines for the development of young leaves in June and July, as these are the ones that will contribute to their final phase of growth and to the ripening of the grape clusters at the end of August and September. The clusters require these healthy, vigorous leaves for optimal acid and sugar production.

During the month of June the weeds began to grow again so the vineyards had to be ploughed once more, this time working from the centre of the rows (or “renques”) towards the plant, the work being completed around the plant with the hand hoe. Naturally this is always best done shortly after a small amount of rain has fallen, as it softens the soil, making this manual work much less cumbersome.

WINE AND LETTERS (III): FALSE MYTHS AND TRUE LEGENDS OF THE WORLD OF WINE.

WINE AND LETTERS (IV): The wine book of sayings
Scroll to top