The month of May was warm overall, with an average temperature in peninsular Spain of 15.7 ºC, which is 0.6 ºC above the average for this month (reference period: 1981-2010). This was the 22nd warmest May since the beginning of the series in 1961 and the 11th warmest of the 21st century. 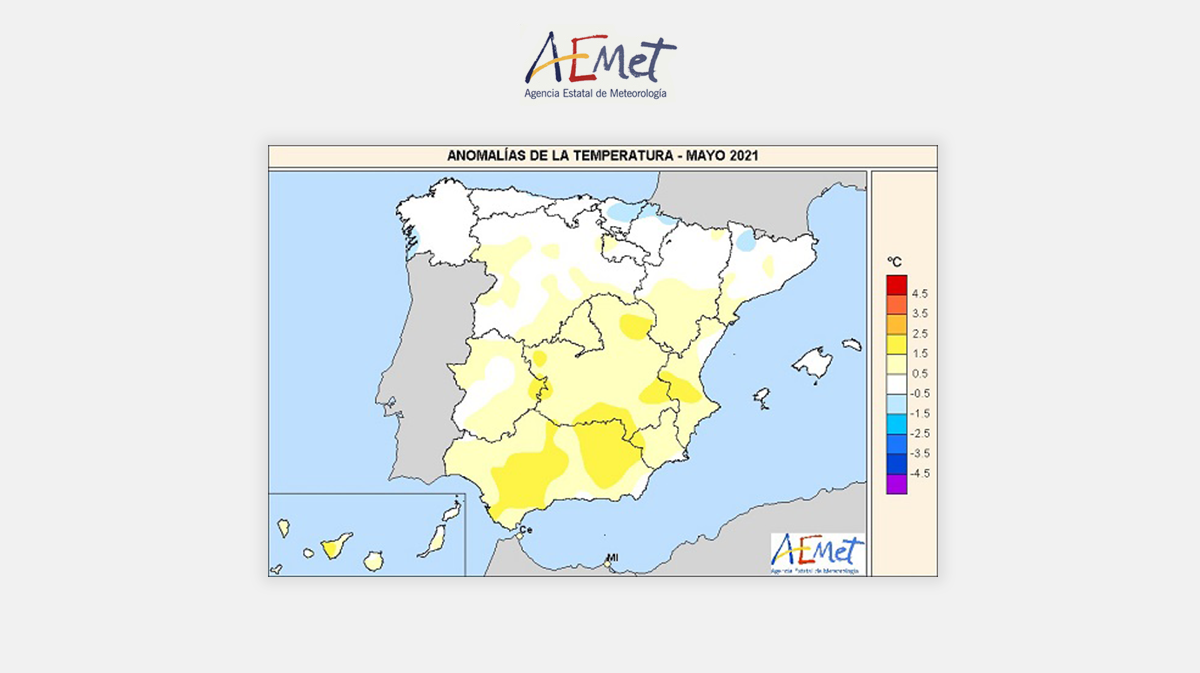 However, with respect to the land of Rioja, it can be said that temperatures were around average in almost all areas, with the exception of the westernmost area, i.e. the Oja-Tirón basin, especially in the Montes Obarenes area, where they were slightly warmer. In any case, there was a notable alternation of cold and warm days. 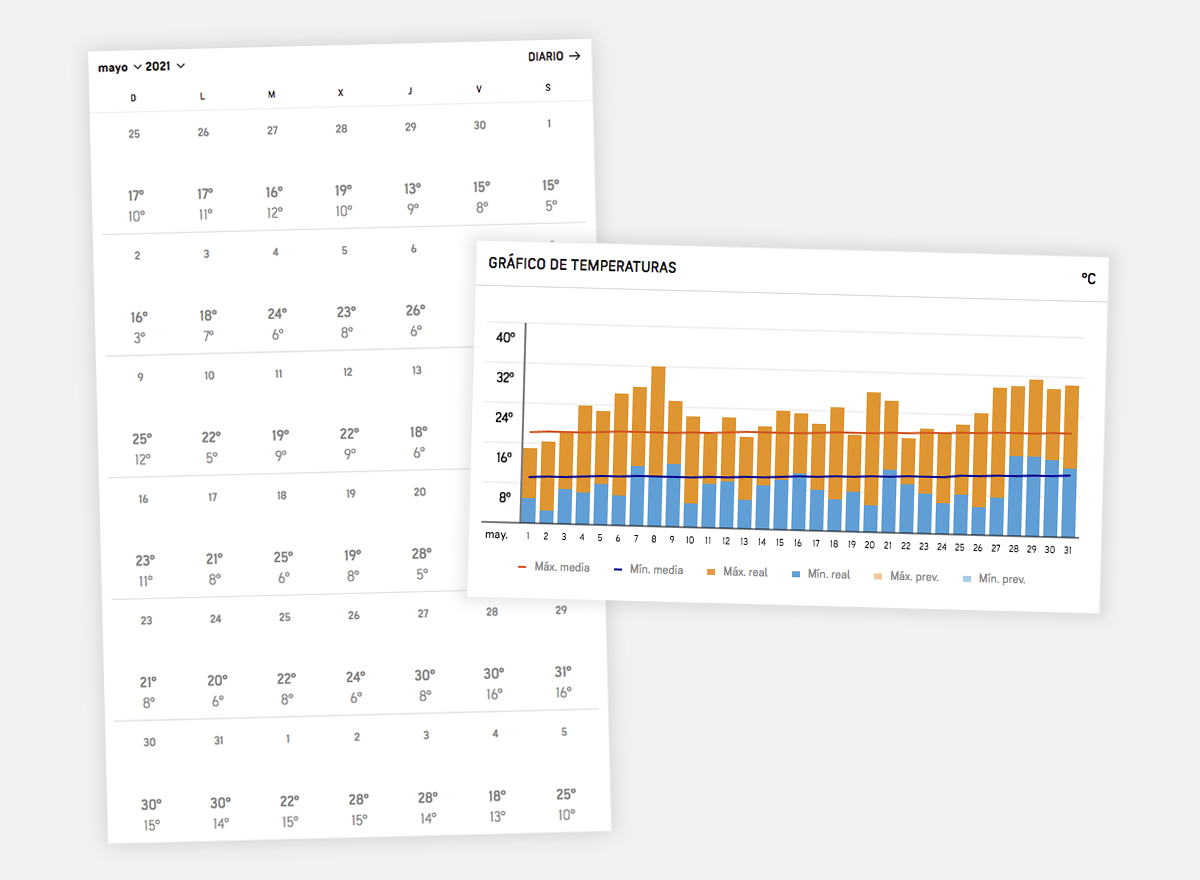 May was very dry in terms of rainfall, with an average over peninsular Spain of 34.0 mm, which represents 57% of the normal value for the month (reference period: 1981-2010). This was the twelfth driest month of May since the beginning of the series in 1961, and the sixth in the 21st century. 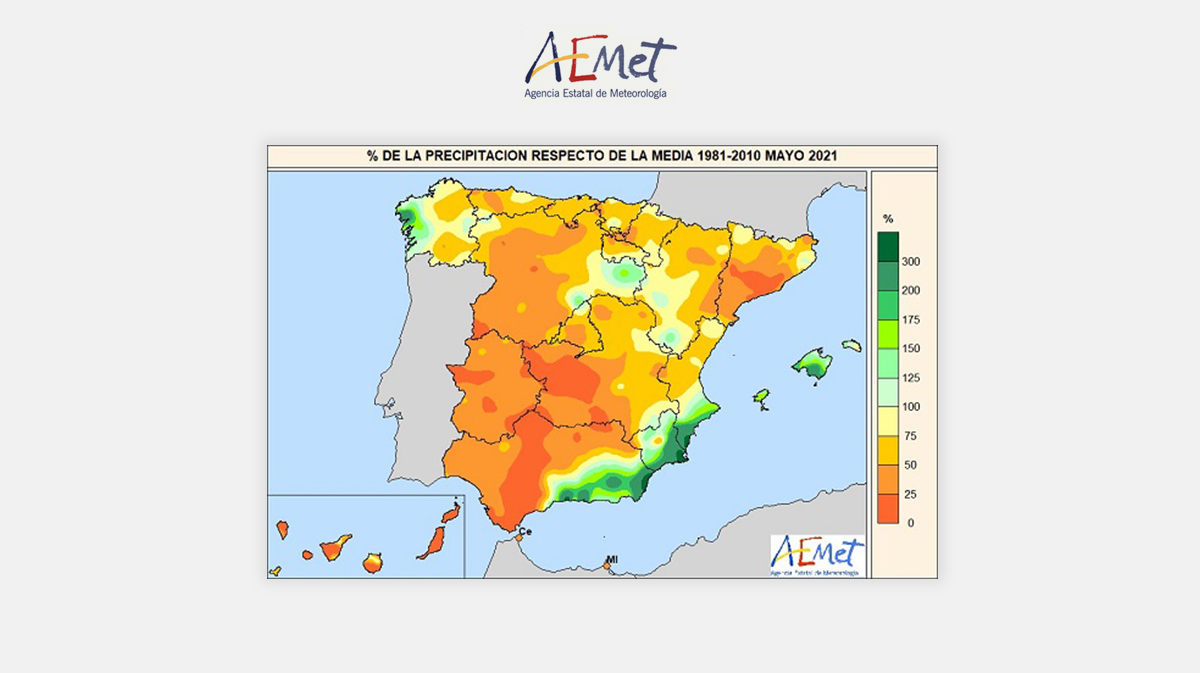 In the land of Rioja, the drought was most notable in the western area (around 60% of the average), becoming less severe as we move eastwards, until reaching practically normal parameters in the lower or eastern Rioja.

The Ebro basin recorded an average rainfall of 40 l/m, which represents 60% of the 1981 – 2010 average, a period which was therefore undoubtedly very dry.

INSOLATION AND OTHER VARIABLES

Accumulated insolation throughout May was practically normal throughout the Rioja region, except in the Sonsierra area, which recorded an increase of 105%, which coincides with the general situation on the peninsula. As for the wind, in May there were few and insignificant situations of strong winds, with the following being of particular note: on 8 and 9 May, which affected mountainous areas of the Cantabrian coast and the Pyrenees, and on 11 and 12 May, which affected some areas of the northwest of the peninsula.

At the end of April and during the first weeks of May the vines were growing very actively, so we had to start the treatment programme to avoid the possible development of fungal diseases. Since, as you know, most of our vineyards were planted before mechanisation, they are very dense and the space between the rows (the so-called renques) is very narrow, so it is impossible to carry out such vineyard treatments with a machine, and we have to carry them out on foot, carrying backpacks. 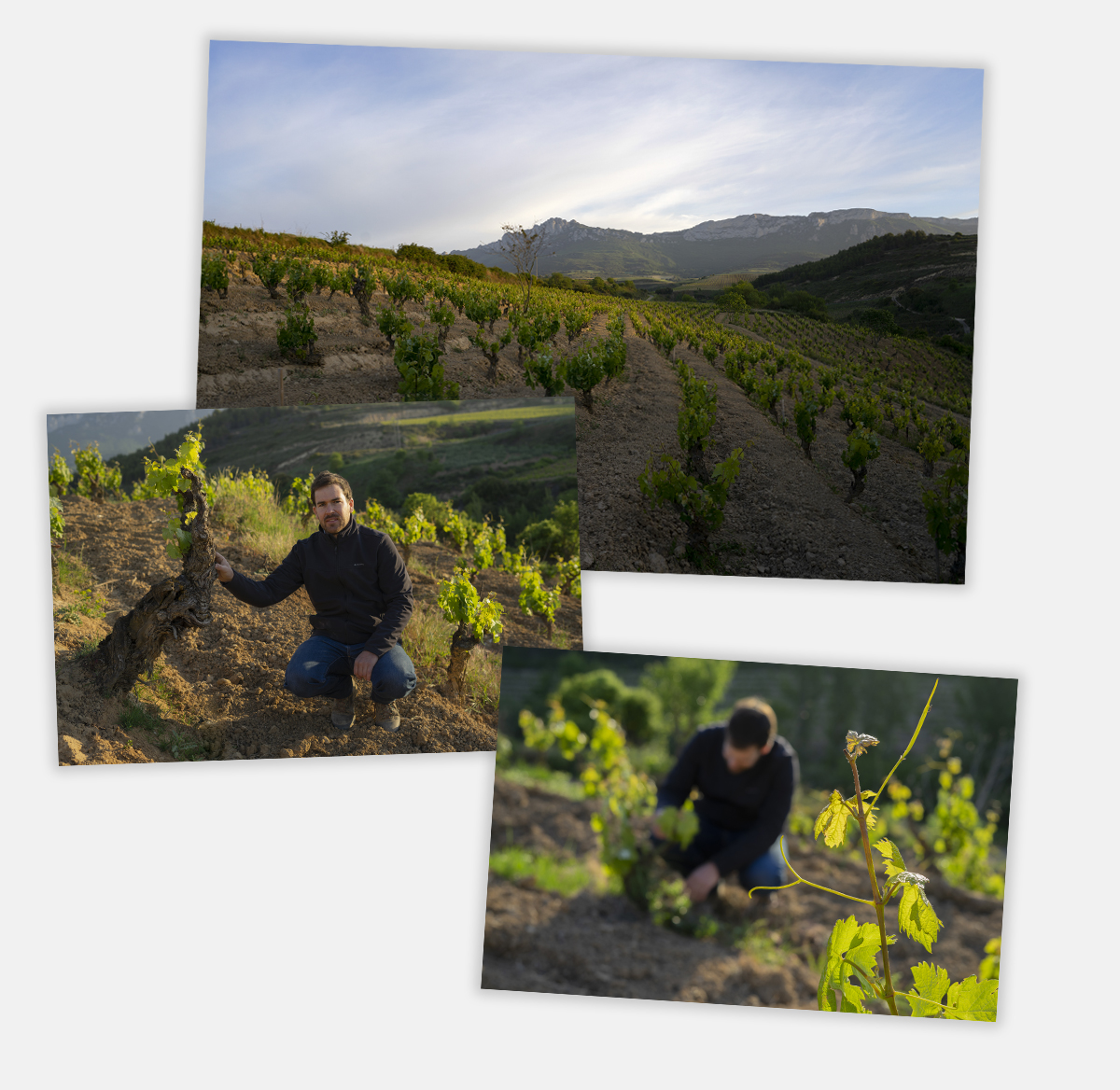 It is exhausting work, but we prefer to keep the vineyards in their original state rather than removing rows of vines to make it possible for the motorised vehicles to pass through. It also has its advantages, as we can do it even just after the rains, when the soil is still waterlogged, because our feet (our weight) do not compact the soil. The tractor loaded with the sprayer can weigh up to four tons, and compacts the root zone of the vines as it passes through, precisely the area most in need of sponginess and water assimilation capacity.

In May, the canopy of the goblet vines also begins to be managed. The vines are checked vine by vine to eliminate those shoots that are of no interest to the proper development of the plant. This work is known as “espergurar” (debudding or disbudding). It allows us to manage the number of shoots, their load, and the space between them, trying to improve the aeration and sunshine of the vine. In this way we help the fertility of the shoots and the reduction of the possible appearance of diseases, and we even facilitate the pruning work after the following winter as the vine is better formed.

Finally, we also start another process known as tipping. This is carried out on shoots that have grown so vigorously that they are in danger of breaking under their own weight. We stop the elongation of the shoot, which has a positive effect in that it helps to strengthen its base, preventing it from breaking under the force of the wind. In some grape varieties, a third effect is produced, as it encourages the development of lateral shoots that must then be eliminated in June.

WINE AND LETTERS (III): FALSE MYTHS AND TRUE LEGENDS OF THE WORLD OF WINE.
Scroll to top