According to the AEMET (Spanish State Metereological Agency), April 2021 was, on the whole, a normal month in terms of both rainfall and temperature. The tenth warmest April of the 21st century, the twenty-ninth driest April since 1961, and the eleventh of the 21st century.

The average temperature in peninsular Spain was 12.0 ºC, which is 0.6 ºC above the average for this month (reference period: 1981-2010). The temperature anomaly in La Rioja was almost negligible.

In terms of rainfall, the average rainfall over peninsular Spain was 63.4 mm, which represents 99% of the normal value for the month (reference period: 1981-2010). Although it should be noted that it was very dry on the Cantabrian coast and Navarre and disproportionately wet in the Valencian Community and Murcia region. Consequently, it was also dry in the Rioja region, with the percentage of rainfall standing at approximately 75% of the average for that period. 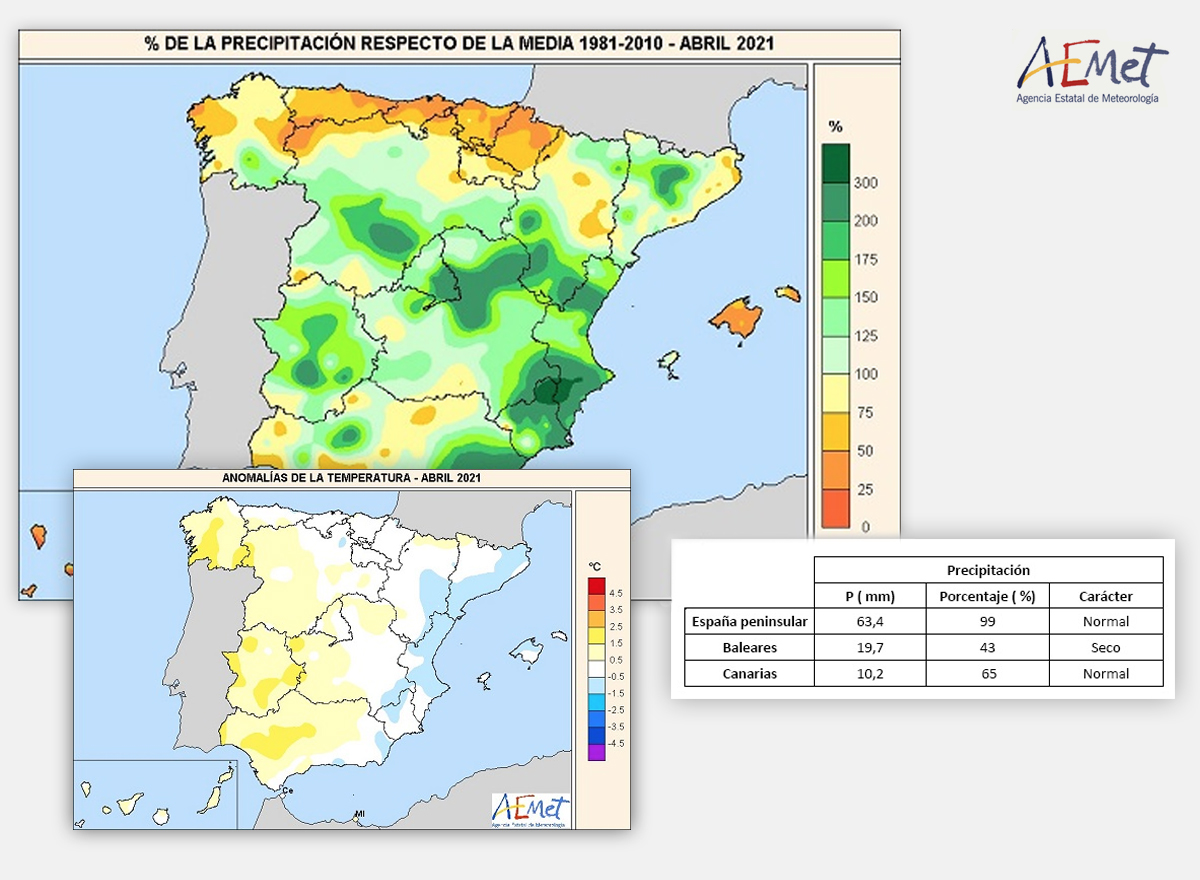 (Although it is also noted in the report that the change in measurement methodology initiated in September 2020 may imply significant differences in the results with respect to those obtained with the previous method).

It is obvious that when we divide the year into months to tell you about the work we do in the vineyards during those months, we are not setting peremptory and inexcusable dates. It is nature that sets the calendar to which we must adapt.

Once the vines have been prepared by pruning and the land has been cleared and cleaned, which as you know has kept us busy for the past few months, it is time to wait for life (the vineyard) to mysteriously make its way once again. This is our essential work for the month of April.

Autumn and winter leave the vines in an initial state of dormancy. This is known as endo-dormancy. Shorter days and colder temperatures inhibit bud growth, ensuring a hormonal balance. The buds become dormant. But internally they prepare for what is called “bud break”, which is essentially the swelling of the buds, preluding the return of life and the annual repetition of the whole vegetative cycle that will culminate in the bunches. When the bud has acquired this faculty, it enters the second period, which is called eco-dormancy; the vines are now ready to bud. Whether this budding occurs depends on the activity of the roots, which in turn depends on the air and soil temperatures, as well as on the water present. 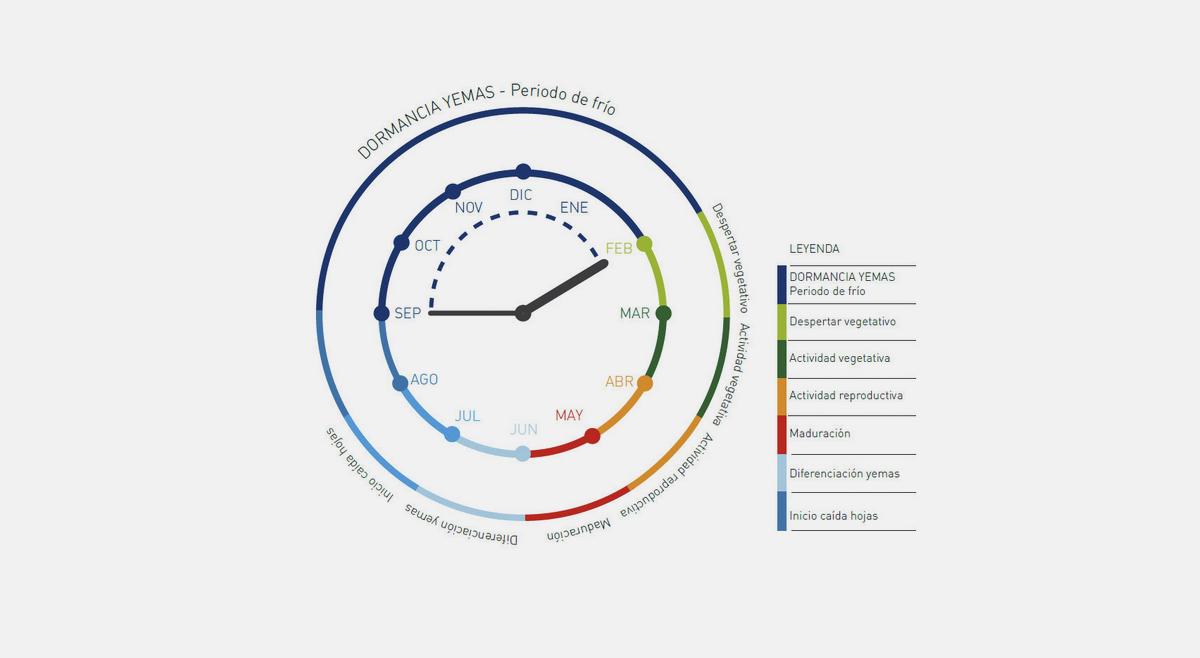 In the end, it is the heat or rather, not to exaggerate, the absence of cold what brings the vine back to life. And like all life, this is a risky business. Basically, in these early stages, the risk lies in the possibility of frost, so much so that naturally the earlier the “bud break” takes place, the greater the risk of low temperatures.

This year, with the warm temperatures in February, the vines came out of eco-dormancy earlier than usual, the roots started to activate earlier than usual, taking up water and nutrients which then led to an increase in turgor pressure in the buds, resulting in earlier bud break. These tender shoots are very sensitive to freezing water temperatures, below which (that is, zero degrees Celsius), they will die, and with it obviously whatever fruit there might have been.  It is not uncommon for a vineyard that has suffered frost to produce only 10-15% of its expected production, which is a major economic risk. 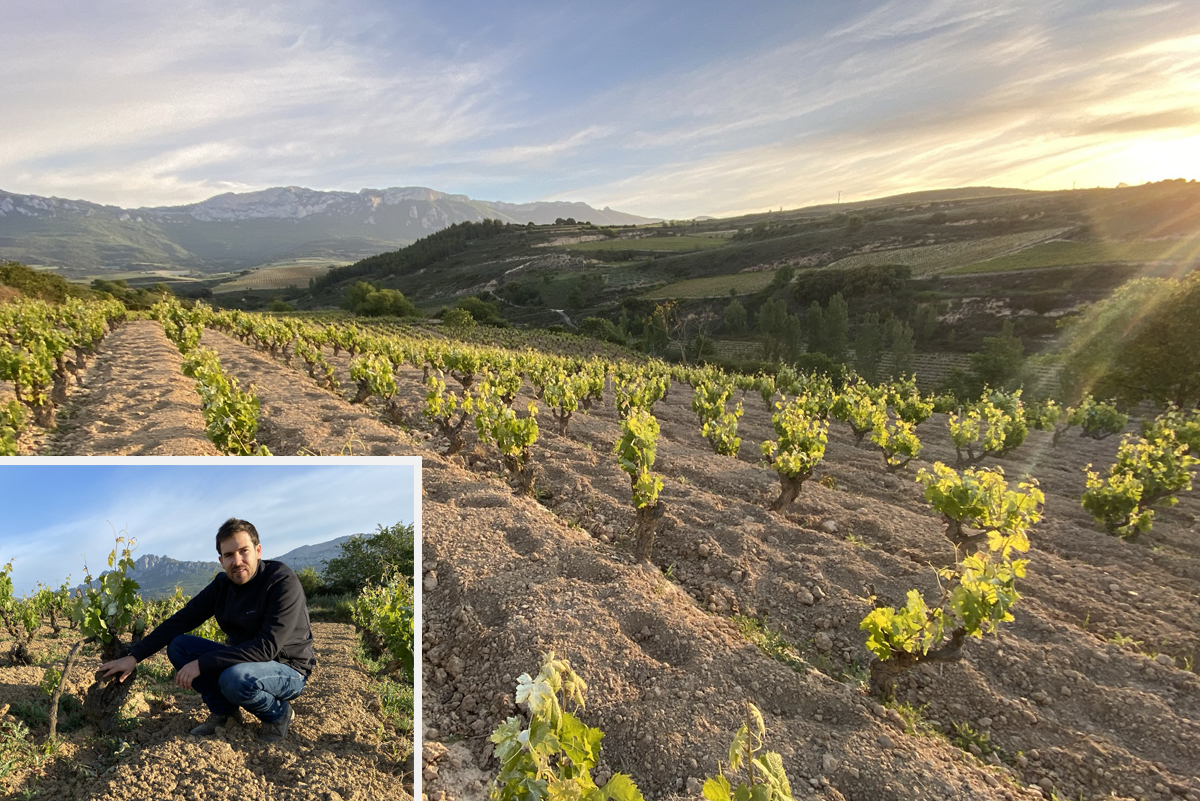 Thus, during April we kept a constant eye on the temperatures, and we were aware of the need to take measures to reduce the risk of frost. Fortunately, this did not occur. However, our work was not only about our inner suffering, we also began the so-called work of espergura, a special type of pruning. The DRAE attributes the Spanish verb espergurar to Rioja and defines it as follows: To clean the vine of all the stems and shoots that it puts out on the trunk and wood, which are not from the previous year, so that they do not suck the sap from those that come out of the buds of the new vine shoot, which are the fruit-bearing ones.

This marks the beginning of the so-called “green work”, which will keep us busy for the next few months as long as the grapes do not change colour. We will keep you updated.

CLIMATE AND WORK IN THE VINEYARD (III): The land of the Rioja / March 2021

CLIMATE AND WORK IN THE VINEYARD (V): The land of Rioja, May 2021
Scroll to top