The book that will occupy our next literary instalments is a book that is not only attractive in terms of its content, the text as such – and especially as regards “attracting” people to its objective, namely wine, as I hope all the books reviewed to date are – but also in terms of its beautiful and impressive design. It is one of those books that is a pleasure to look at, to touch, to smell… Contributing to this is a very careful edition with magnificent paper, beautiful lithography and very clear lettering, in which precious images and portraits are interspersed with black and white photographs, which, as every average wine lover knows, are usually much more suggestive than life in colour.

It is not just me saying it, but the many awards it has won testify to it.

We are talking about “Tras las viñas. Un viaje al alma de los vinos”, (On the trail of vineyards. A journey into the soul of wine), written jointly by Josep Roca, the wine brother of the trio that has built the marvel of gastronomic art that is El Celler de Can Roca, and Imma Puig, a psychologist and therefore a person who knows how to look deep inside. The photographs are mostly by Josep Oliva. Published by Penguin in September 2016.

The book gathers twelve conversations with people who in one way or another make wine, mainly while walking through their vineyards and occasionally also by visiting their wineries.

First things first and second things must come second. There is no explanation for the choice of the favoured ones, which would of course be unnecessary as it is obvious, nor of the excluded, which for some would be rather complicated, and would certainly require very laborious and painful explanations. It is undoubtedly the dream book in which anyone who is engaged in one way or another in the same field would like to have appeared.

It is therefore not appropriate to make any kind of comparisons with our minimal project, nor do we make them, we only intend to learn from them. Reading also teaches you about wine.

The people selected -which are all those who are there, although naturally not all those who could have been for a simple reason of space, as only the twelve chosen occupy 380 pages- are the following in order of appearance, but without any kind of ranking:

We are located in the State of California, in order to practise chauvinism from the outset and without blushing. It was the Spanish Franciscan friar Junipero Serra who introduced vineyards there in the same year that the French were staging their famous revolution (1789).

Two realities coexist in Napa: on the one hand, the big three wineries – Gallo, The Wine Group and Constellation Wines – which account for two thirds of the wine market; on the other, those who aspire to find their space, either through the ritual of excellence at (comparatively) moderate prices, or through the self-affirmation of rustic authenticity. On both gravitate, on the one hand, the University of Davis -which means that science and technology are at the service of winemaking to an extent that sometimes frightens the practitioners themselves, as is the case-; on the other hand, the points of the Parker Guide, so decisive in terms of sales figures and, consequently, of the type of wine itself. 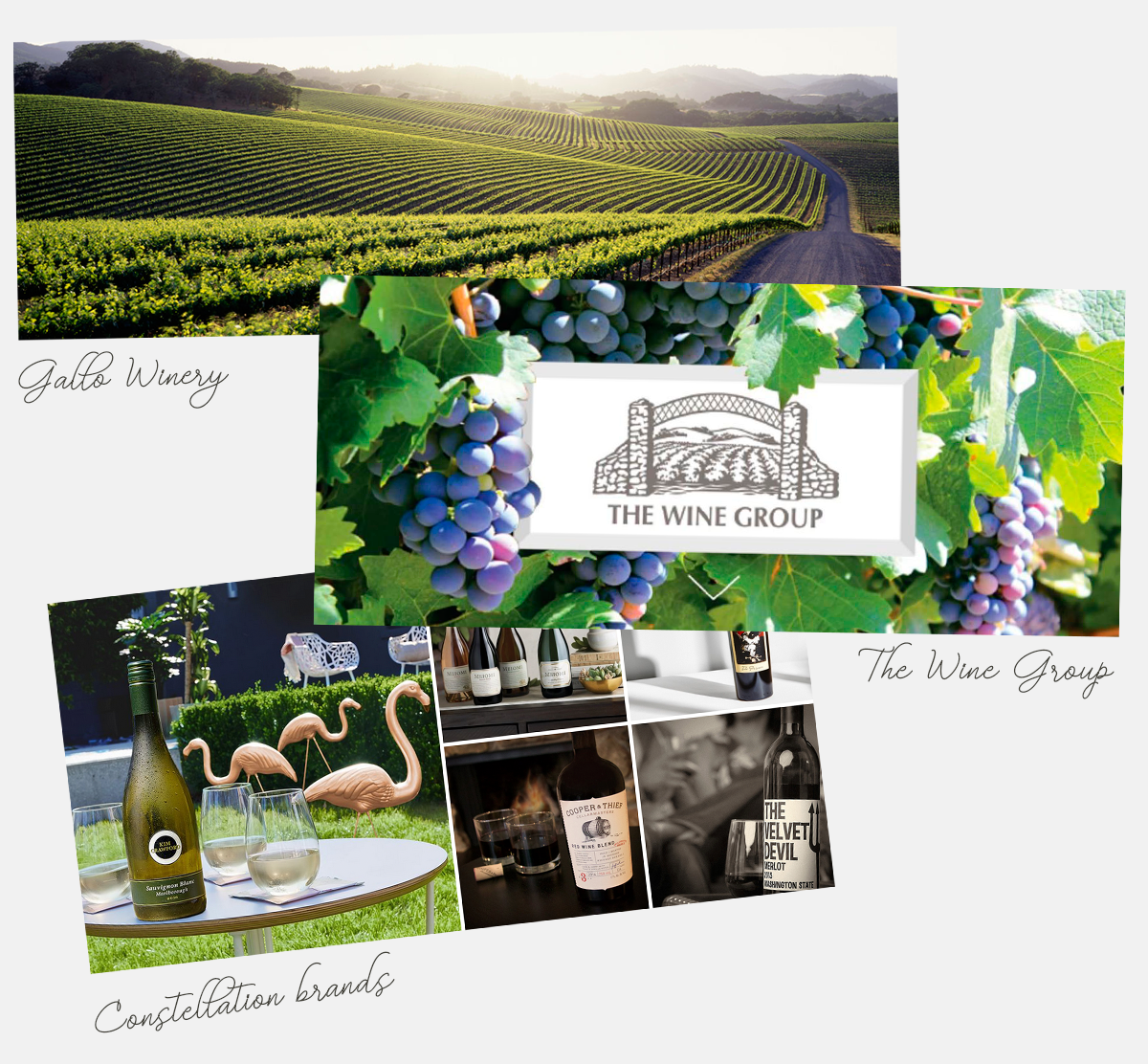 Among those “small” wineries that have found their niche, and in a big way, is Harlan Estate. It is a family winery, young as it is still in its first generation. With certain doubts, it can be dated back to 1985. The vineyard occupies about seventeen hectares (distributed approximately in: 70% cabernet sauvignon, 20% merlot, 8% cabernet franc and 2% petit verdot), which were obtained by clearing an estate of about one hundred hectares, purchased the previous year in the small valley of Oakville, thus following in the footsteps of the mythical Robert Mondavi. The project was consolidated in 1990 with the addition to the team of the no less legendary Michel Rolland, and was consecrated with the 98 points awarded by Parker for the 1991 vintage, and crossed borders thanks to the recognition of its 1994 vintage by Vega Sicilia, during the celebrations of the 150th anniversary of its foundation. 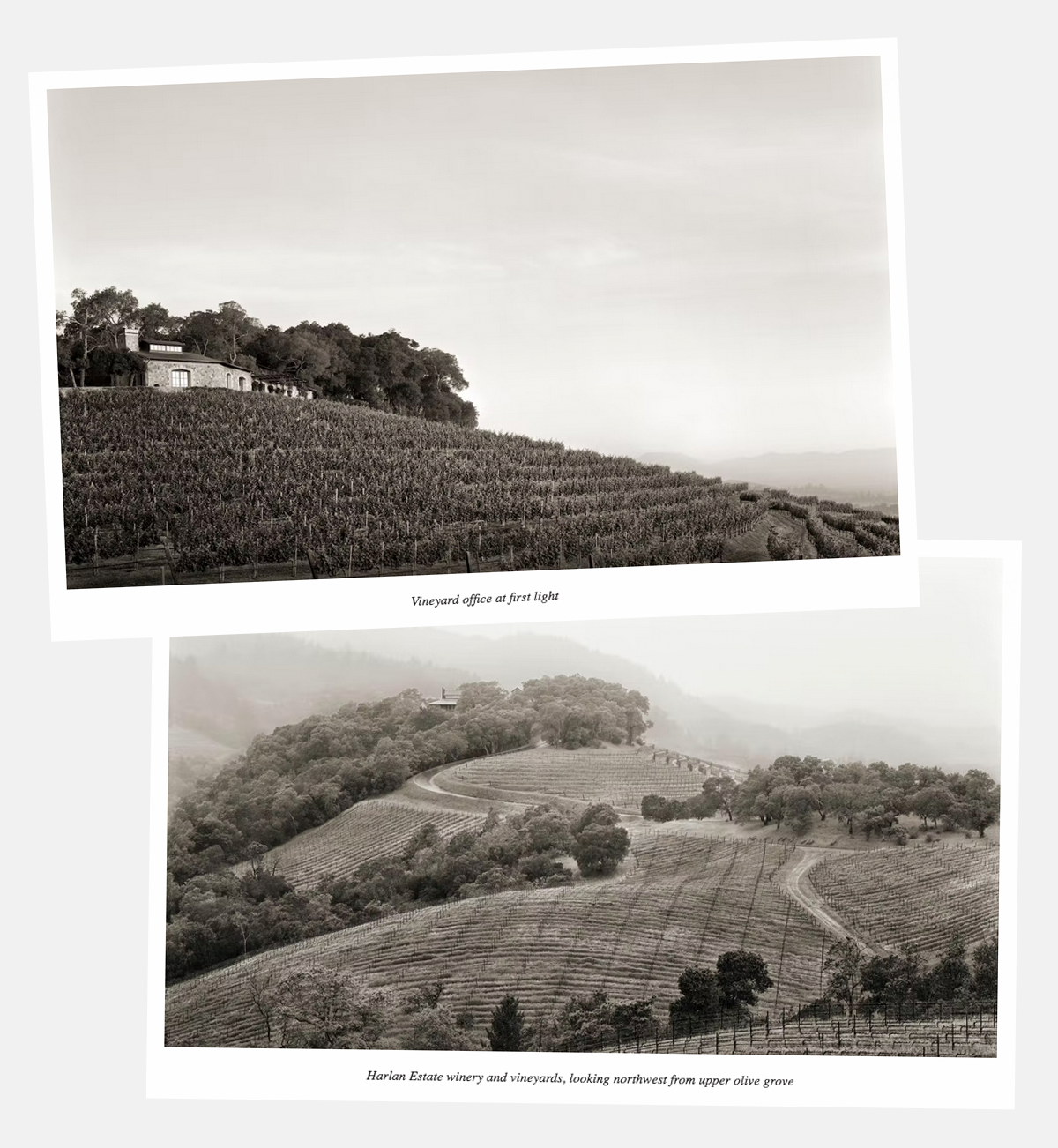 There are many reasons to empathise with many of the words expressed in the interview by founder William Harlan, a builder turned winemaker (rara avis?), of whom the only thing to be envied is his good taste when it comes to investing his money (having it is just an assumption) 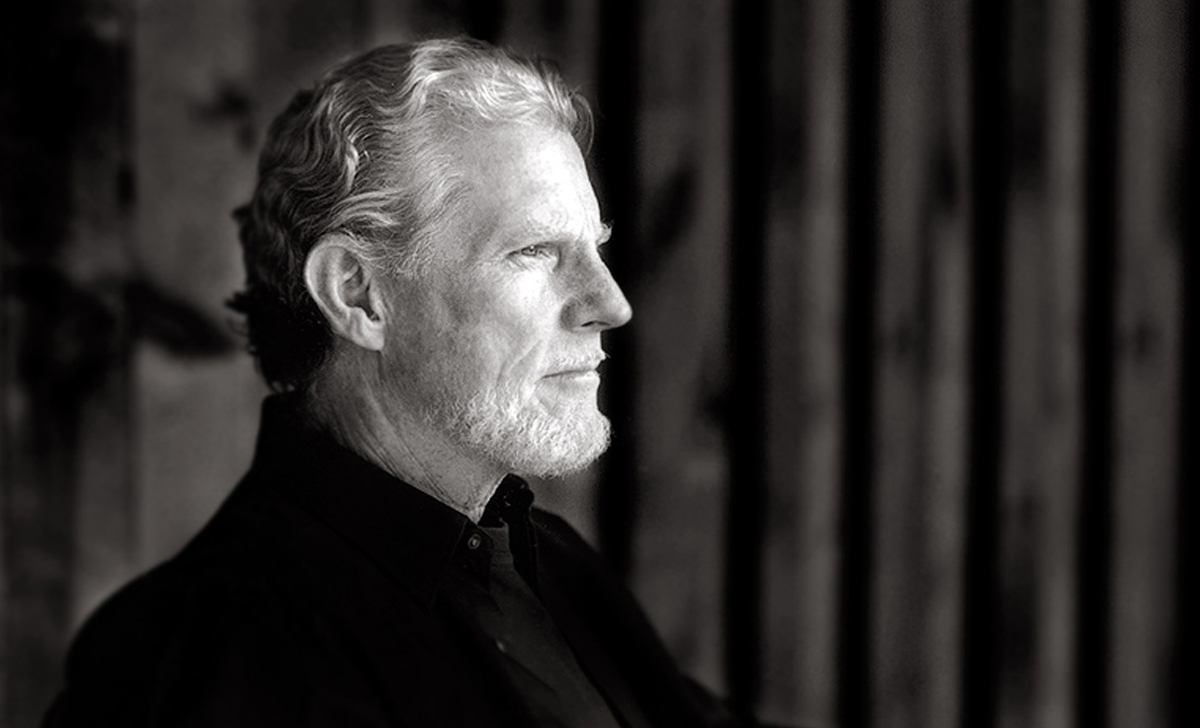 “…in a glass of wine there is so much history, so many values…”,

“…the role of wine is to create a moment, an atmosphere, not to be the main actor…”,

Our project -no doubt about it- does not wish to fully participate in the type of wine he makes, according to Josep Roca’s definition of it: “Harlan was and is body, eclecticism, technology, science, innovation, brilliant perfection, aromatic cleanliness, tactile sweetness, harmony, technoemotion and rationality”. There are at least a couple of extra “technos” and a pinch too much perfectionism to achieve the harmony of human spirituality.

On the trail of vineyards (II): MOUEIX and LALOU LEROY
Scroll to top